One of the greatest things about living in France (I think) is the access you have to all the great French cheese. You might think you have tried french cheese at home, but I can tell you, the French keep the best cheese for themselves. So when you visit Lyon, make sure to go to a market or crèmerie (cheeseshop) to try some cheese. It’s really much better than what you can get outside of France.

Here you can find an overview of my favorite cheeses you can buy in Lyon. And if you go out to a restaurant, order one of these for dessert!

The Lyonnais consider this French cheese to be the local cheese of Lyon. Saint Marcelin actually comes from a small village close to the Vercors. It is a cow’s milk cheese, that is pretty soft and not too big. It is round and easy to recognize. Normally it weighs about 80g. Saint Marcelin has a long history. The cheese is older than some countries. It was born in the 15th century. You can find this cheese on all tables in Lyon and even in modern dishes like a Saint Marcelin Burger!

This is Saint Marcelin’s big brother. It is almost double the weight. It comes from the Dauphiné region (east of Lyon), that only became part of France in 1349. The cheese is creamy and has the name of the original fromager that invented it. It is now made with cow’s milk.

I love Saint Nectaire. It is probably my favorite cheese. It comes from the Auvergne region, west of Lyon. You can get it in the supermarket, but I would go to one of the open air markets or to a crèmerie to get a real rustic one, with a crust that almost seems like hardened mud. I love this stuff.

Crèmerie Saint Antoine is my favorite place to get cheese

This is Another great cheese from the Auvergne. I love how these French cheeses have a lot of history. This cheese was probably already manufactured by the Gauls (the Celtic tribes that lived in what now is France 2000 years ago), but it became famous when Marshal Henri de La Ferté-Senneterre served it at the table of Louis XIV in the 17th century. I prefer the old version of the Cantal that you can compare a bit to a Parmigiano Reggiano cheese.

This is typical cheese dish from Lyon, that is often served as a dessert after dinner in a Bouchon. It is fromage blanc (a very creamy, almost yoghurt like cheese) that is mixed with herbs, shallots, salt, pepper, olive oil and vinegar. The name literally means ‘The Silk Workers Brain’. Fortunately, this dish does not contain any fresh brain.

This classic French cheese comes from the Franche-Comté region, in the east of France, It’s method of production has not changed for centuries. It originated in the Middle Ages. Cheese makers make it with unpasteurized cows milk and it comes in wheels. Each cheese is tested and scored by a team of cheese inspectors and only the best cheeses can be called Comté. The very best even get a special label. 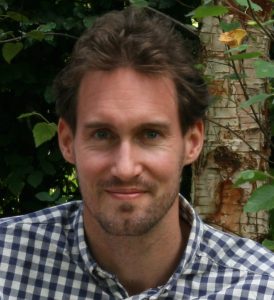 Hi! My name is Paul and I am the guide and owner of Free Tour Lyon. In this magazine, I’ll write some things that I think will be useful if you ever visit Lyon. Write me if you have more questions!

Book your Tour of Lyon Now! 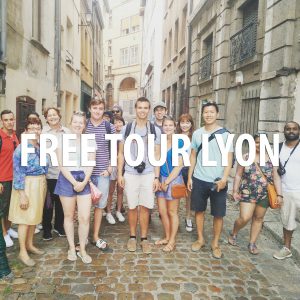 Click here to book your free tour of Lyon today!